Jan-Philipp Berner, chef of the 2-Michelin-Star restaurant “Söl’ring Hof” on Sylt, has created a new menu for Benguela Diamonds.

The guests of the diamond safari can from now on look forward to a gourmet lunch on Michelin Star level. The cuisine is an exciting combination of fresh ingredients from the region and the South African atlantic area.

But how did this extraordinary collaberation come to life

First contact emerged already last year, through “The Chefs’ Stories” an agency from Hamburg. During his first journey to South Africa, where Jan-Philipp Berner met the Benguela Diamonds team.
“The told me of this unique safari, which they offer on South Africas west coast, says Jan-Philipp.
The North Sea island Sylt and Port Nolloth have much more in common than just the beach and the sea. It was the fresh sea food and the variety of products, that convinced the team to work with jan-Philipp Berner. He was also immediately curious – and an exciting cooperation started. The guests of the diamond safari, will enjoy after the diving trip an exquisite gourmet menu at the beach mansion. The menu will be prepared by a private chef from Ellerman House, a partner from Beguela Diamonds, only now it will also have the signature of Jan-Philipp Berner. He came for that from Sylt and was searching for products in Port Nolloth and created a menu with the new found ingredients.
He created the whole menu in English, so that the South African chefs can continue cooking the menu. As much as we would like to have Jan-Philipp Berner with us in Port Nolloth, he will stay loyal to the Söl’ring Hof.

Shortly after Jan-Philipp Berners arrival in Cape Town on Tuesday, he went on in direction of the west coast to Port Nolloth to meet the Benguela Diamonds team. On his nine hour journey was also the botanic Gary Stafford, professor for plants and sea-biology at the Stellenbosch University. He was assisting Jan-Philipp on his journey to find ingredients for the menu.
After a relaxing night at the beach mansion they went on their way to the cliffs and dunes of the Atlantic, to discover the animals and plants. The results were great: More than ten different algas, five diffferent types of snails, for example a safian limpet, which Jan-Philipp has never seen before and many more animals like sea urchins and octopuses. They brought many of them back to the villa, to taste and analyse them. With all these new impressions, they took a step closer to the Benguela Diamonds menu. On the Friday, Jan-Philipp went back to Cape Town to materialize all the new won inspirations and ideas at the Ellerman House. He also showed the kitchen staff how to cook his new menu. The big day came on Saturday and Jan-Philipp Berner served his Benguela Diamonds menu with specially chosen wines at the Ellerman House. Take a look:

„A touch of the west coast“ 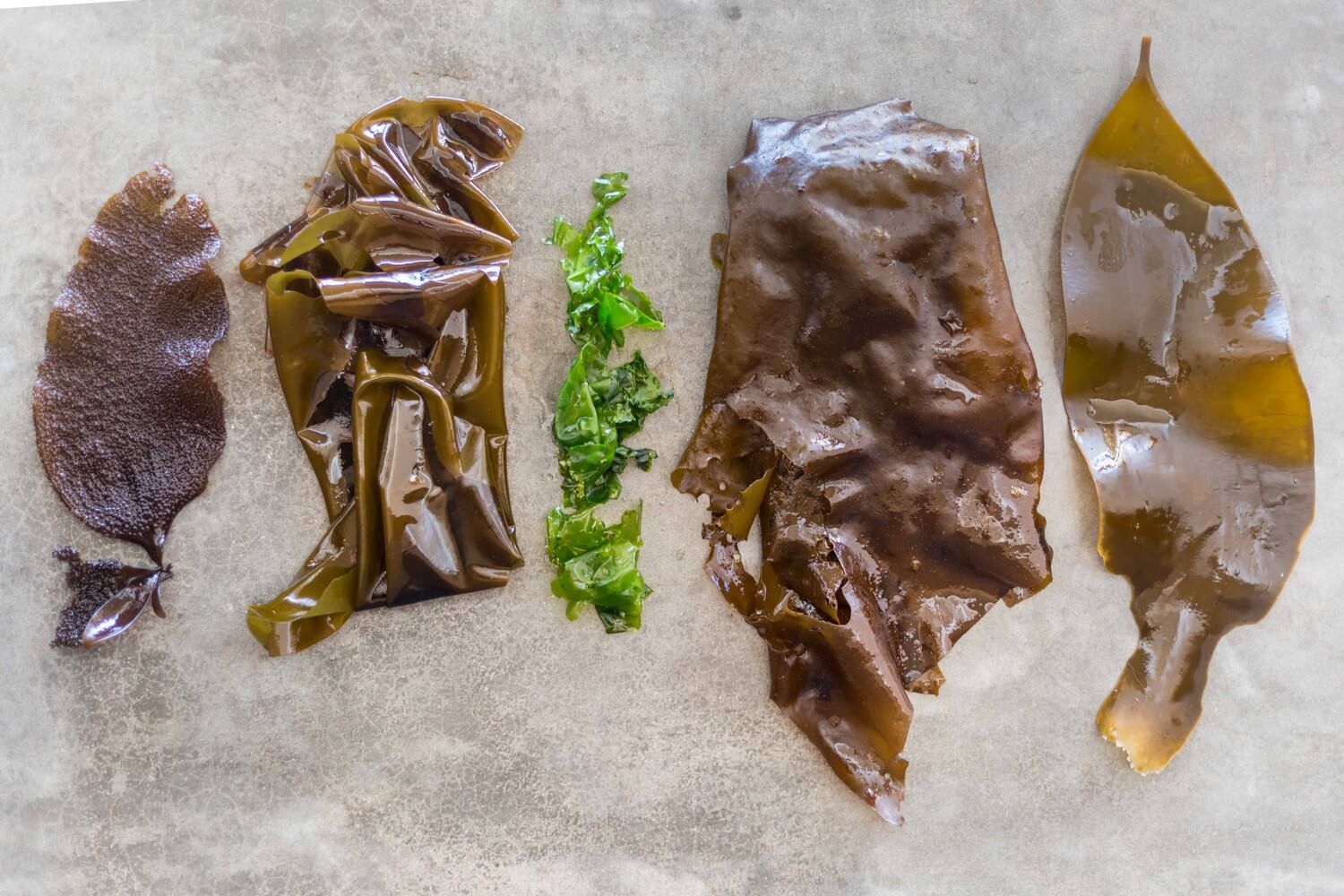 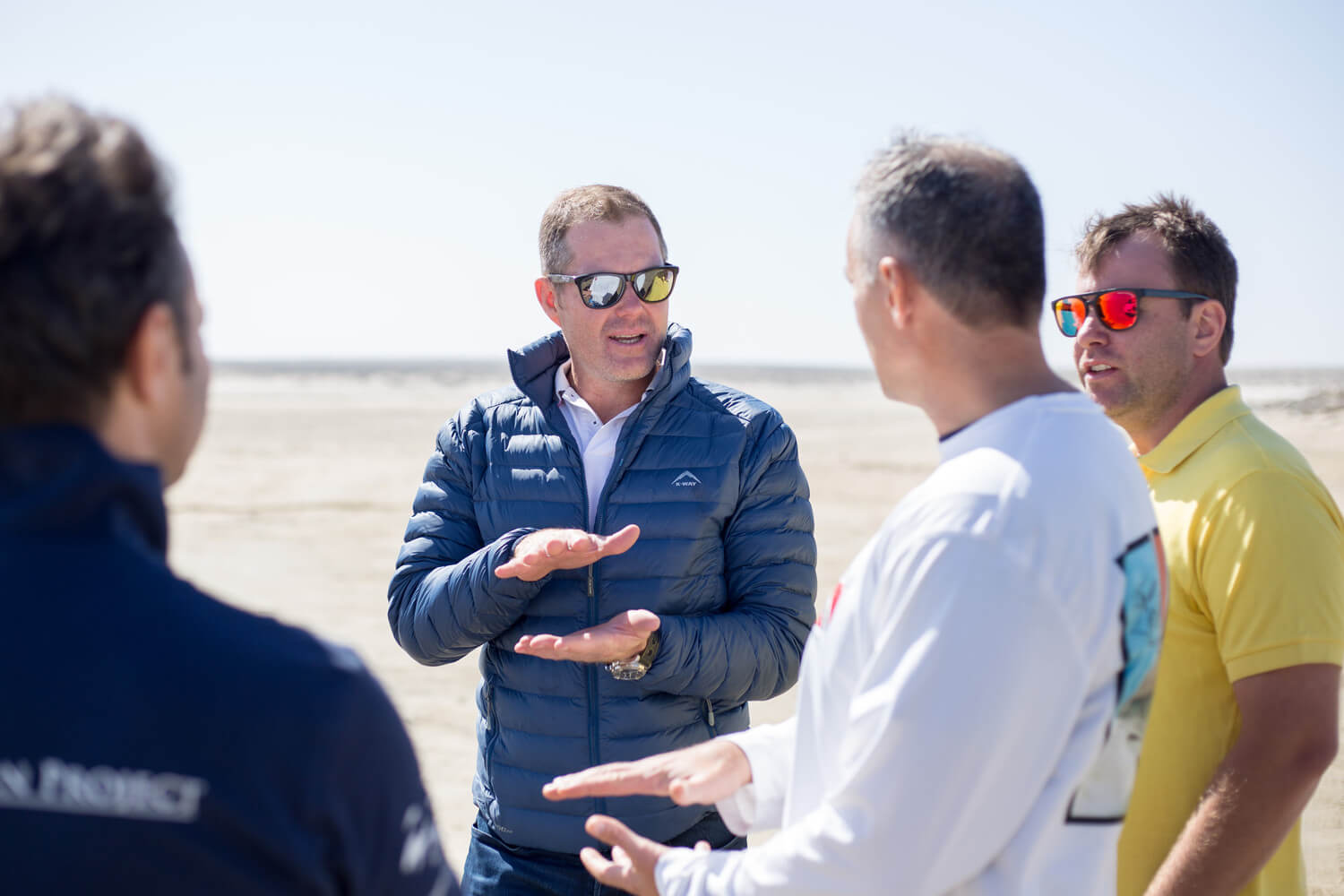 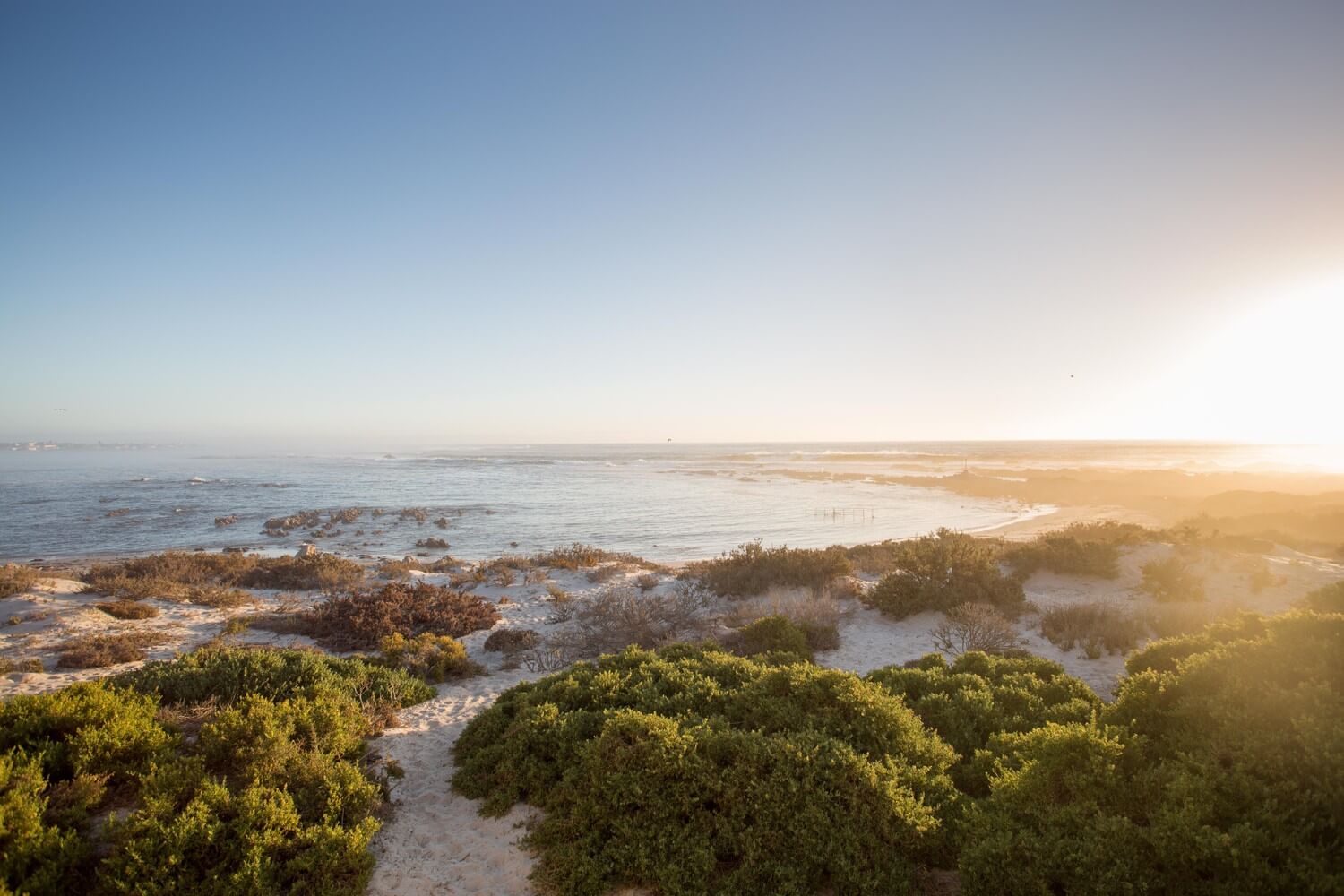 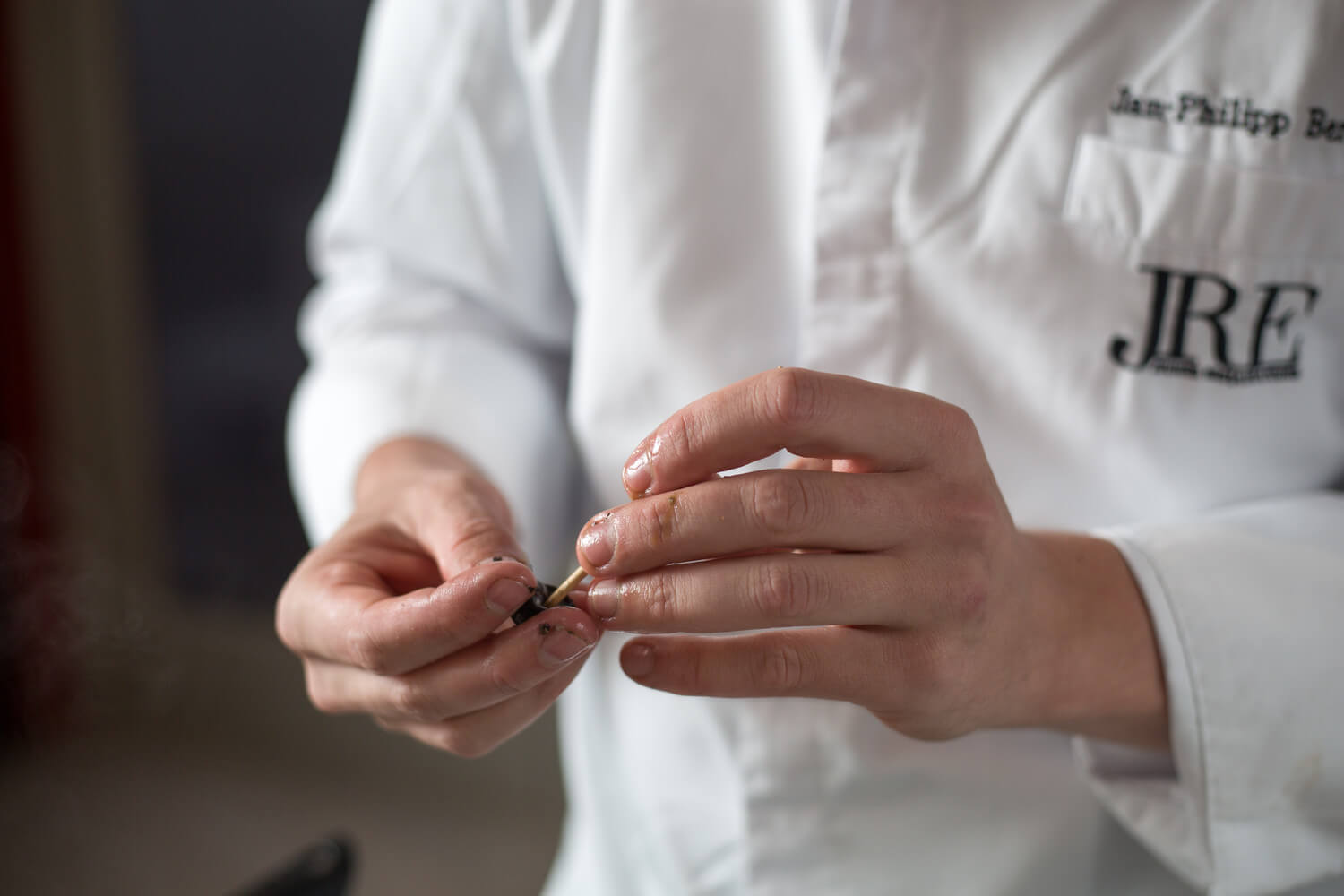 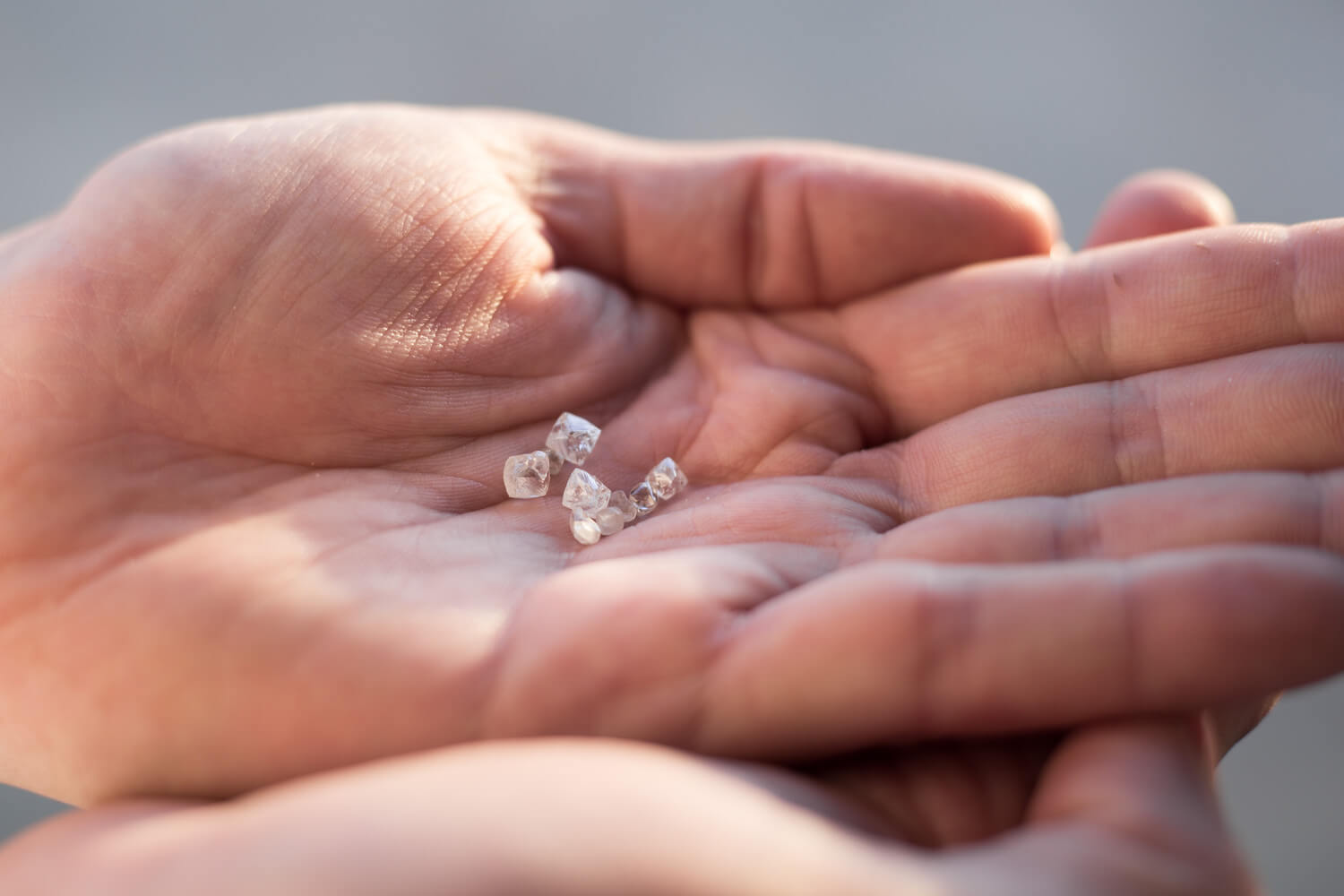 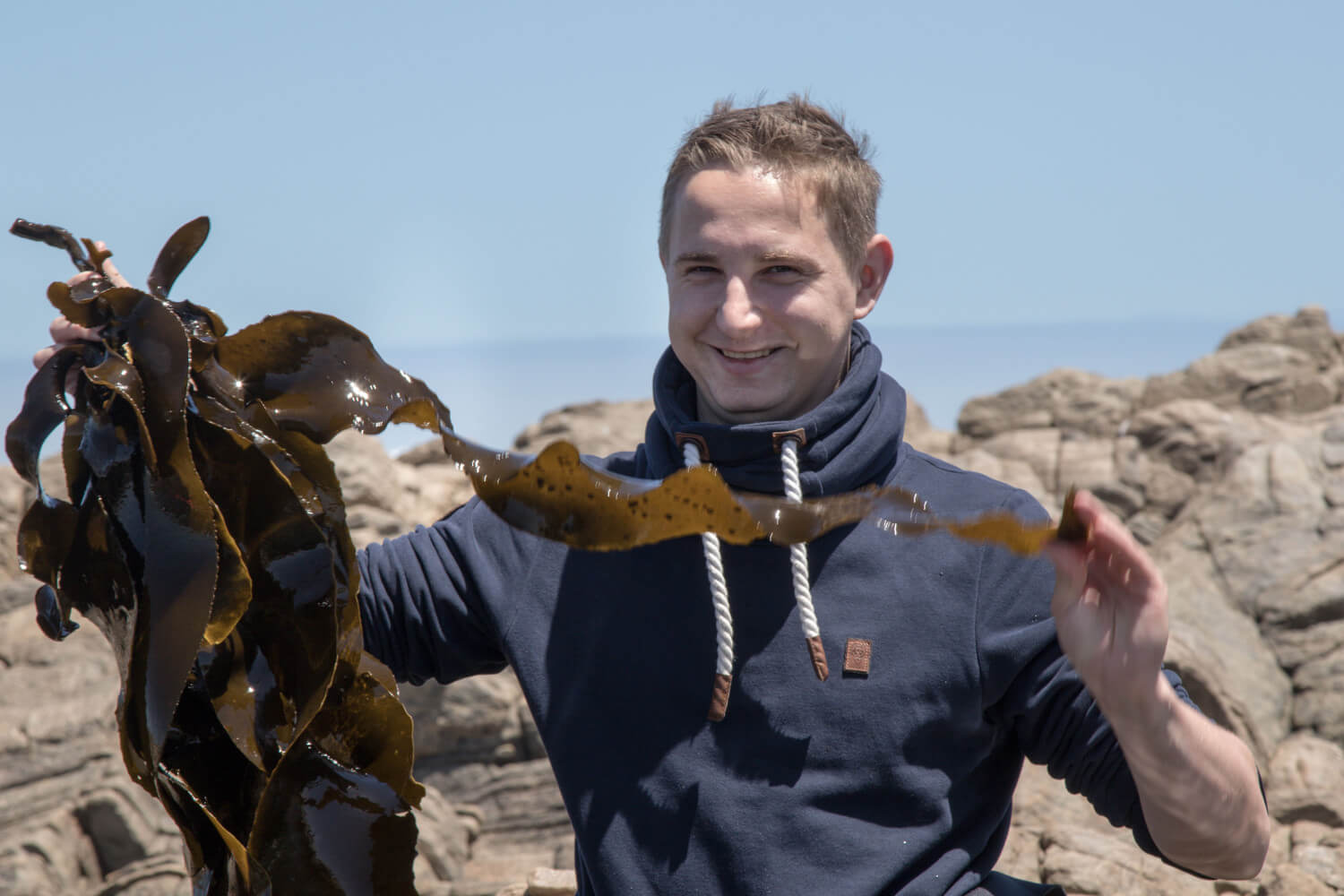 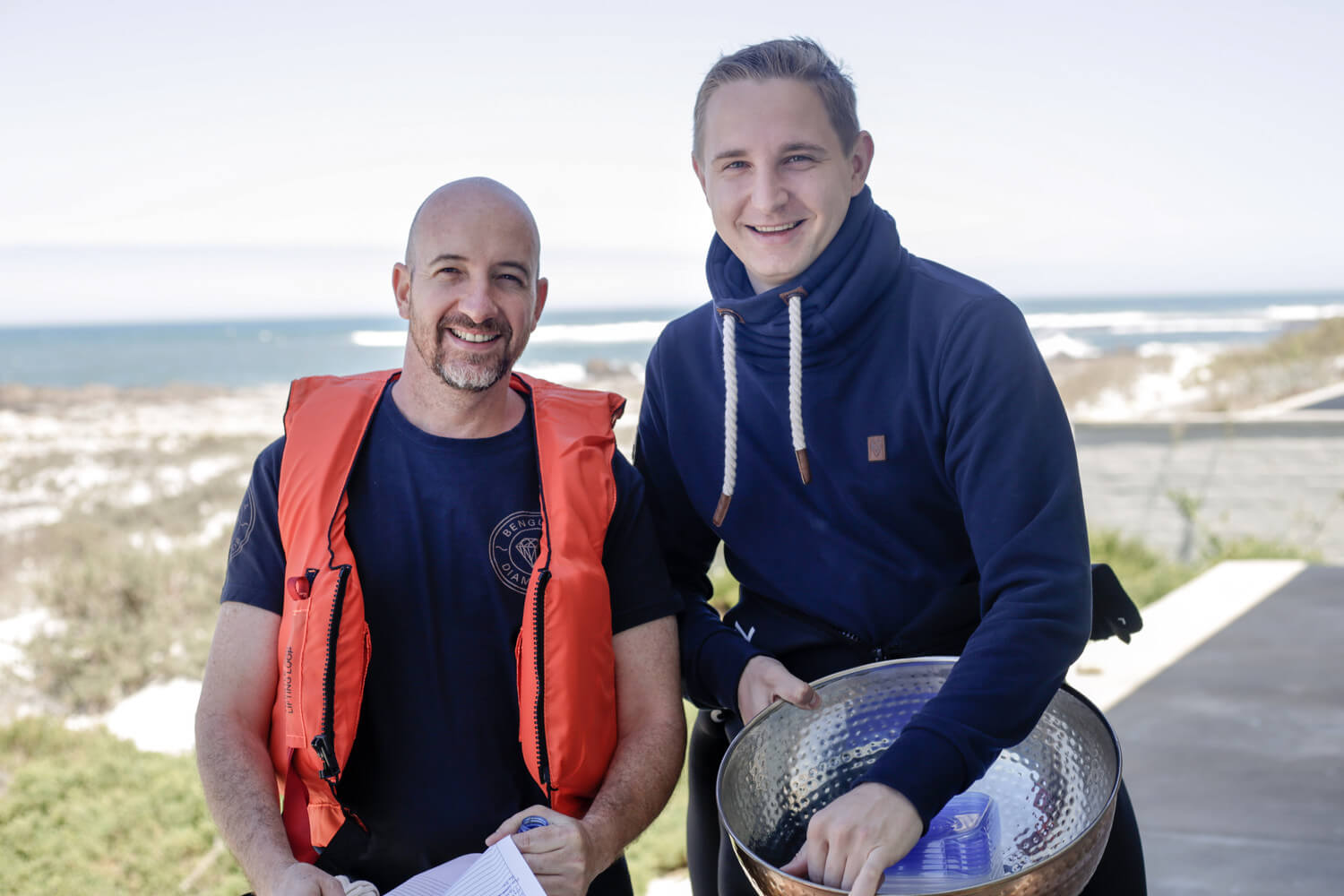 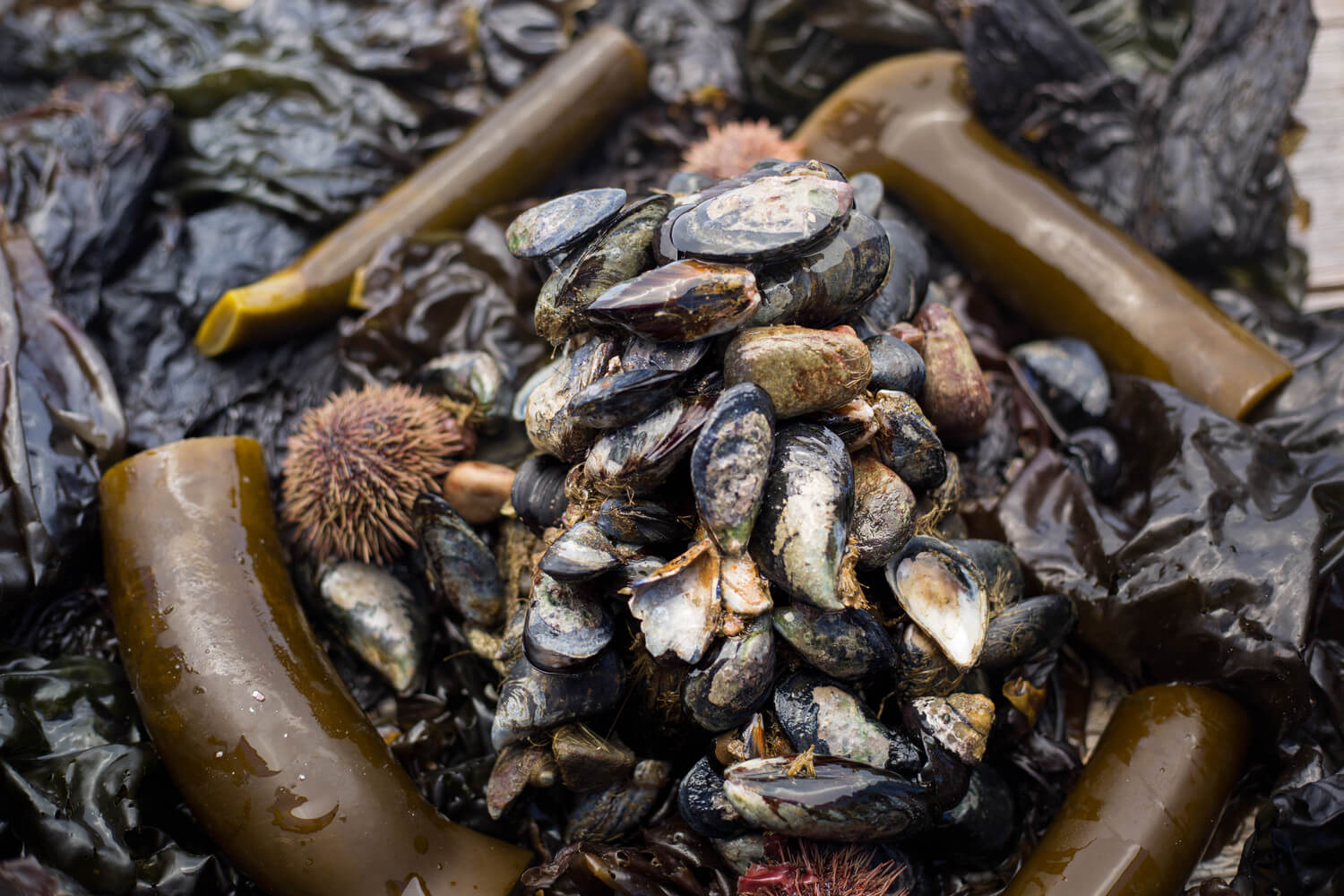 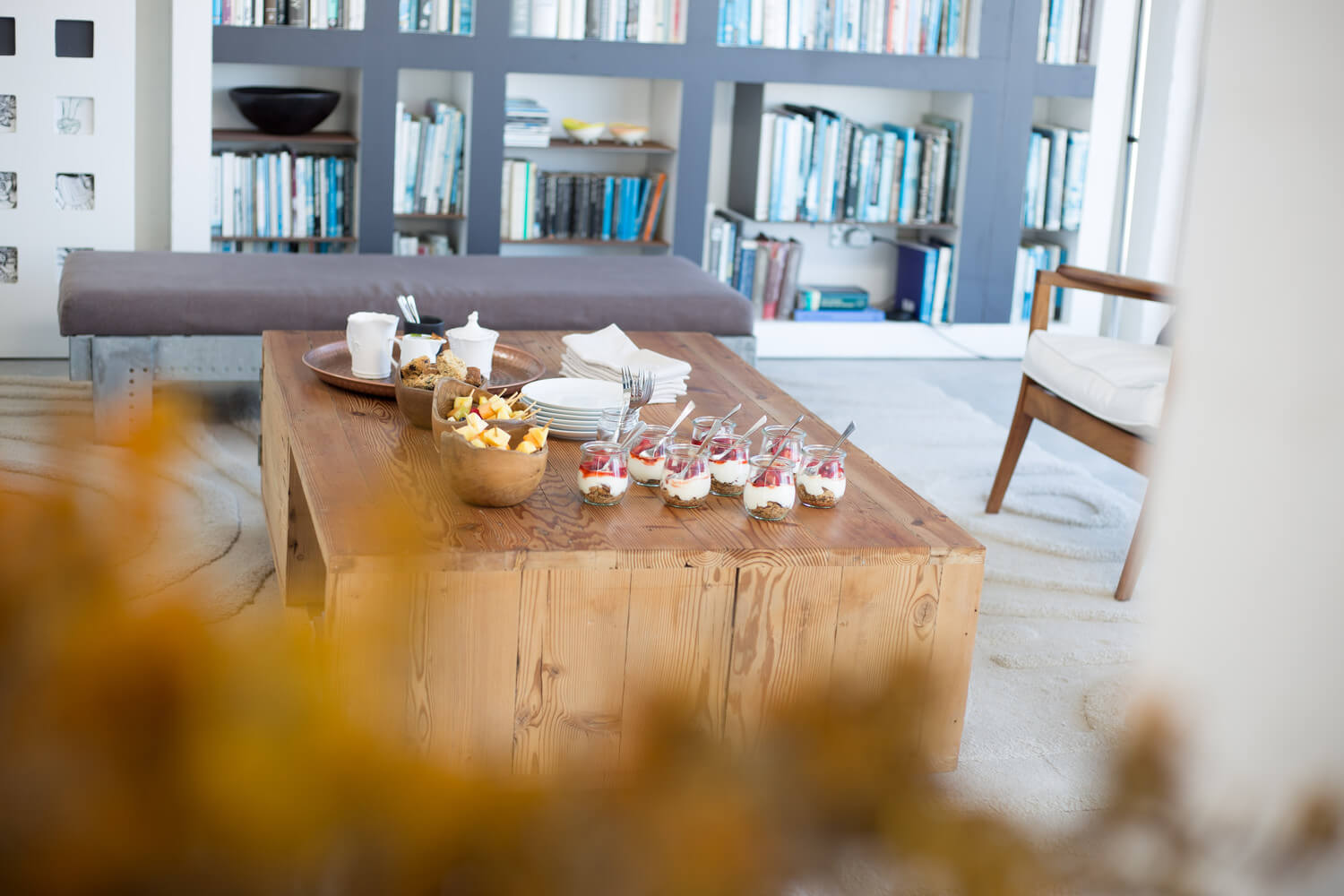 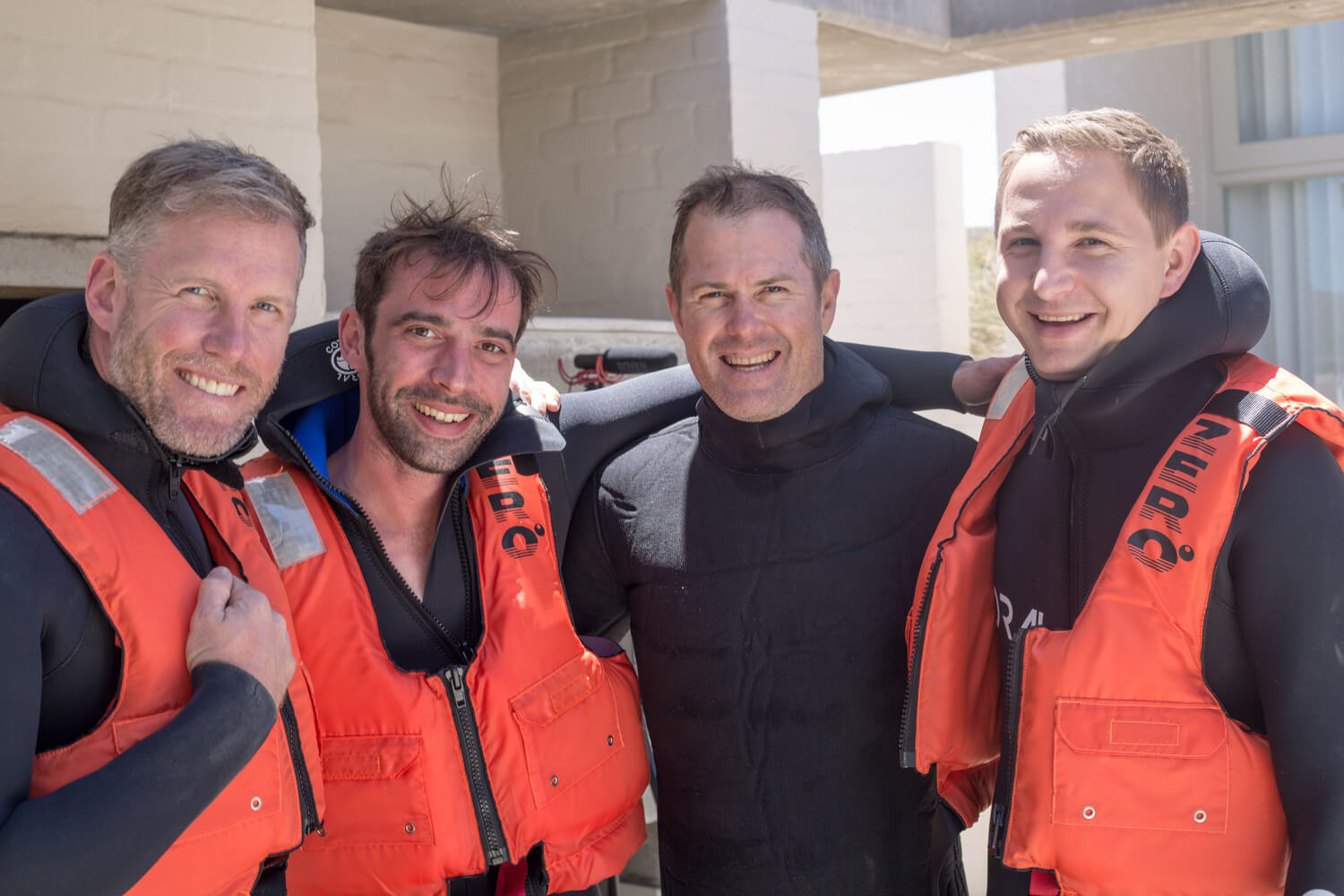 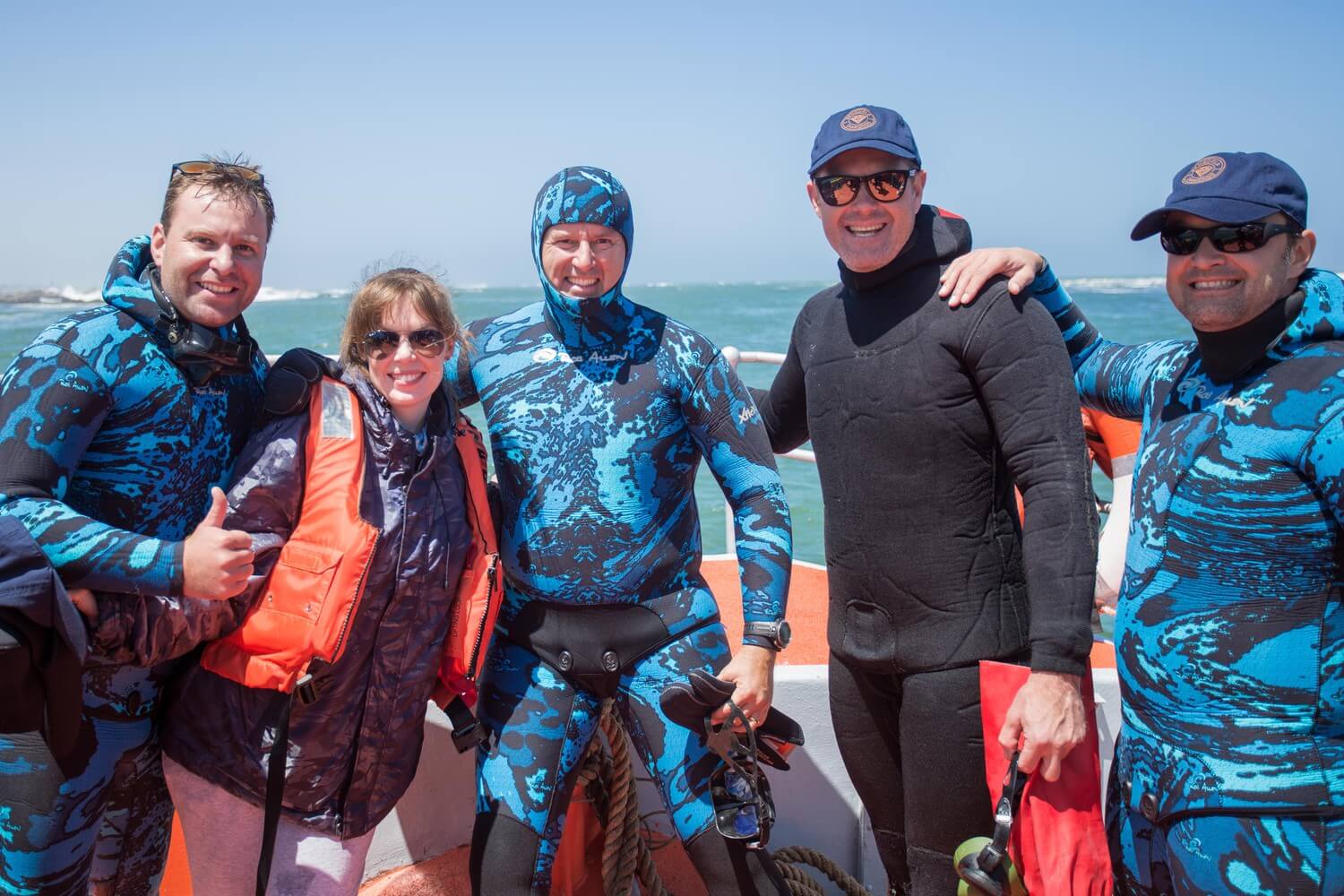 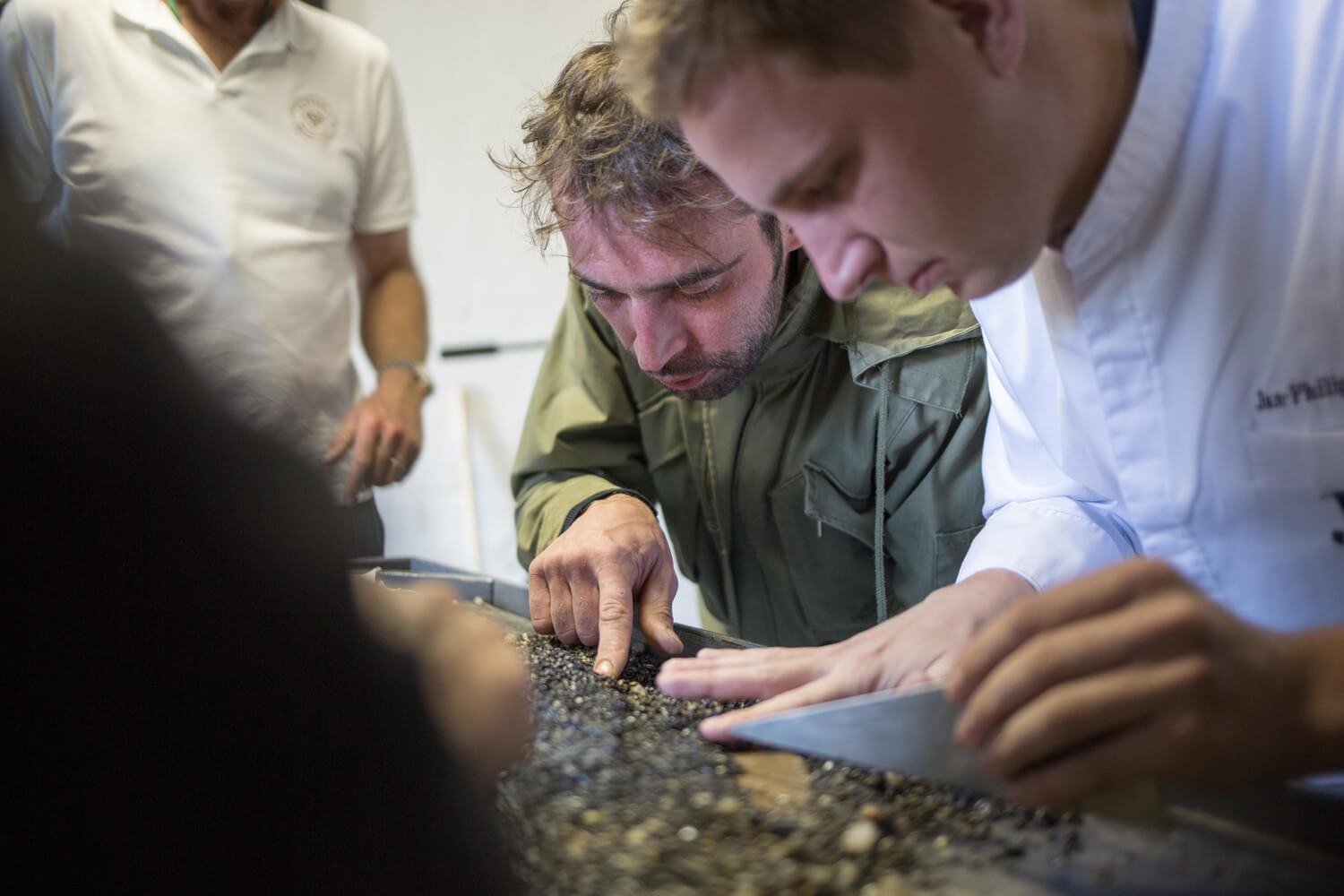 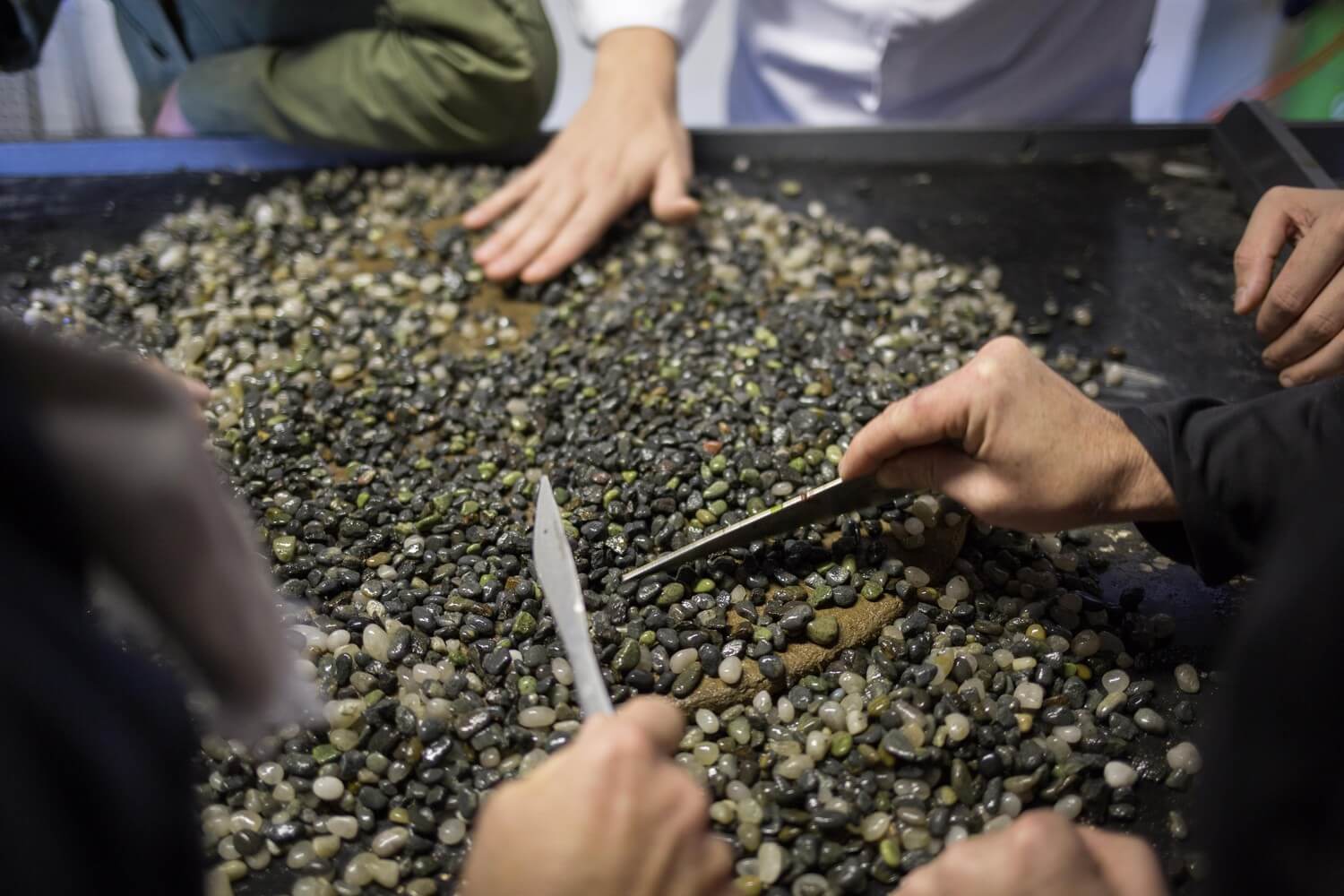 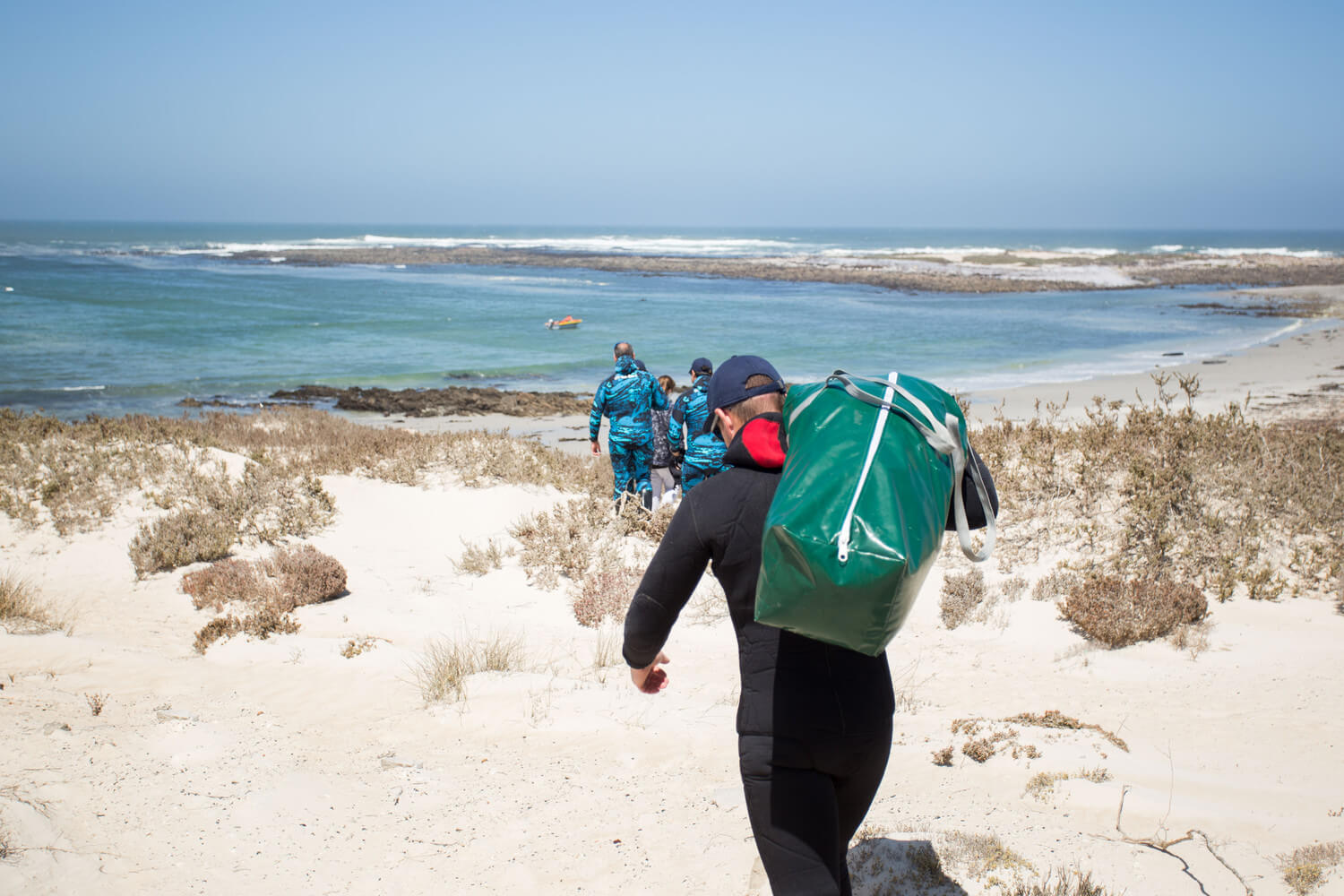 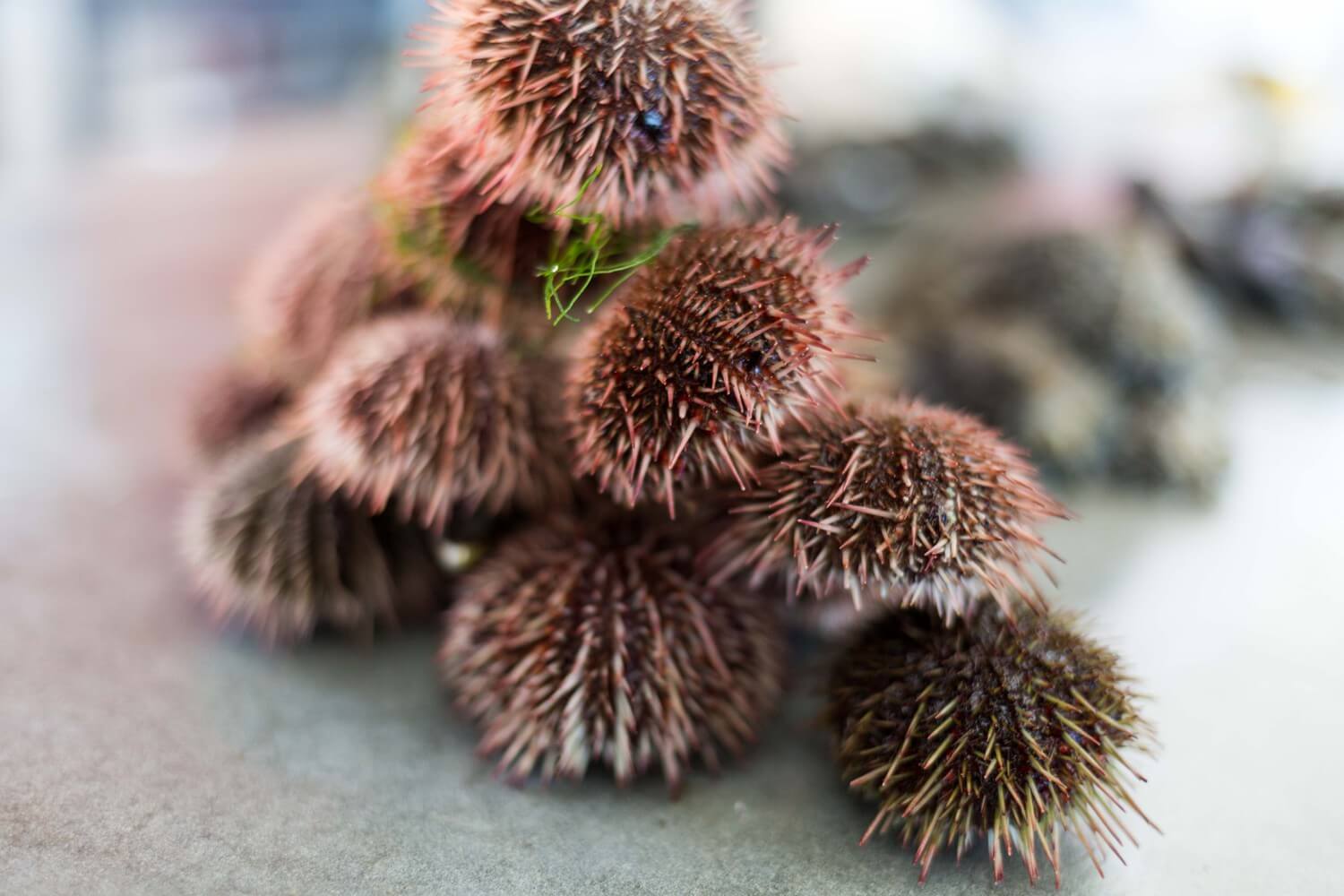 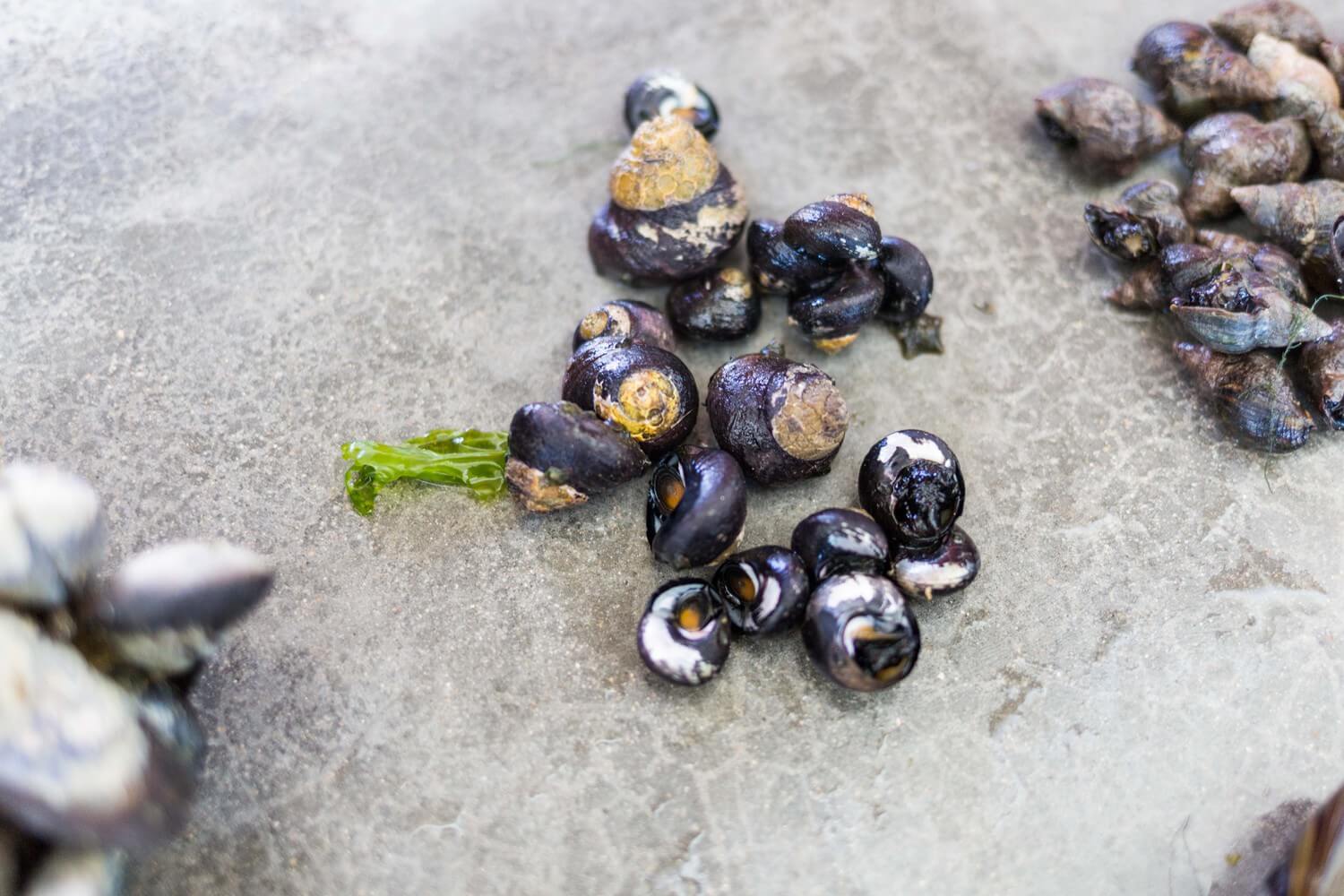 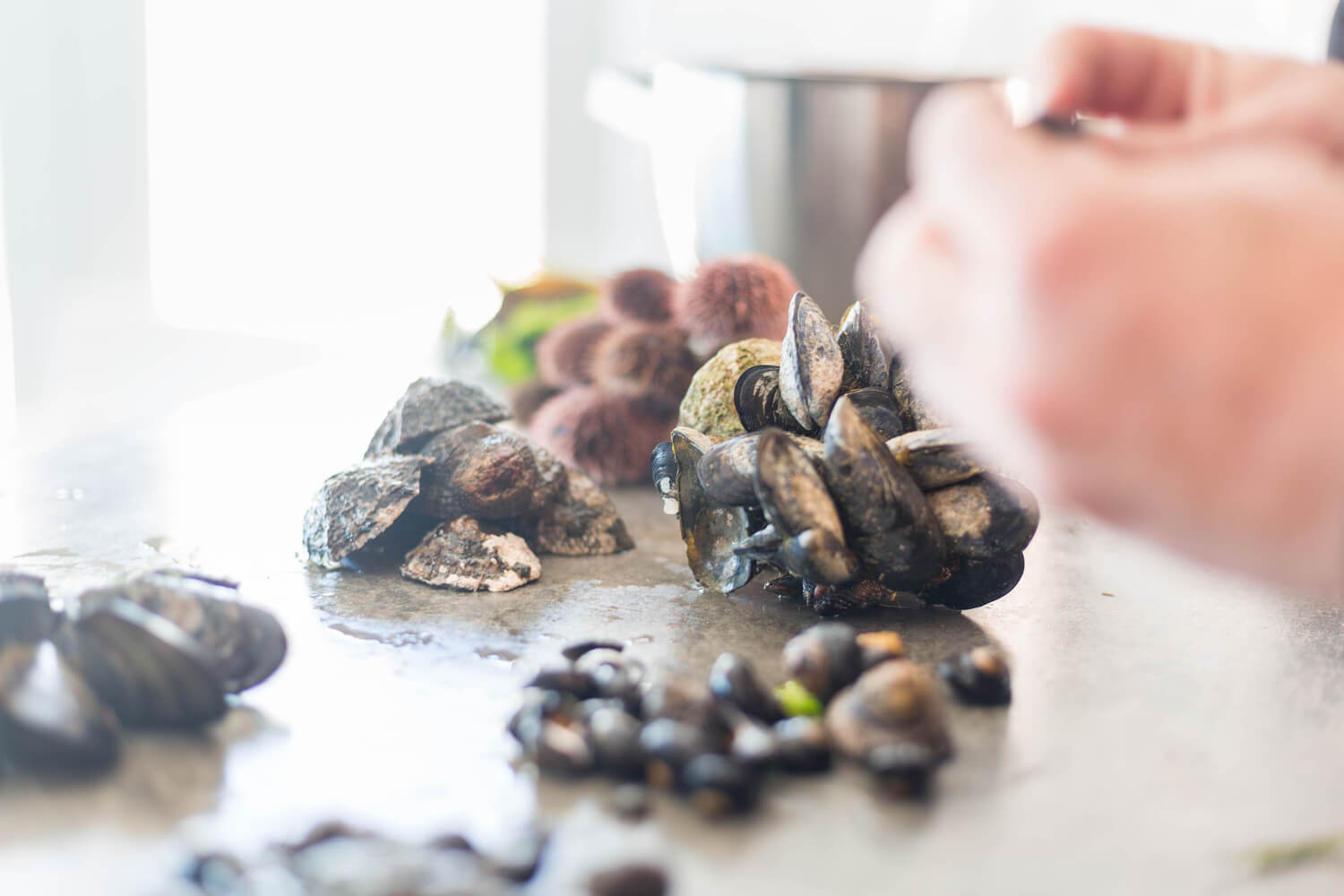 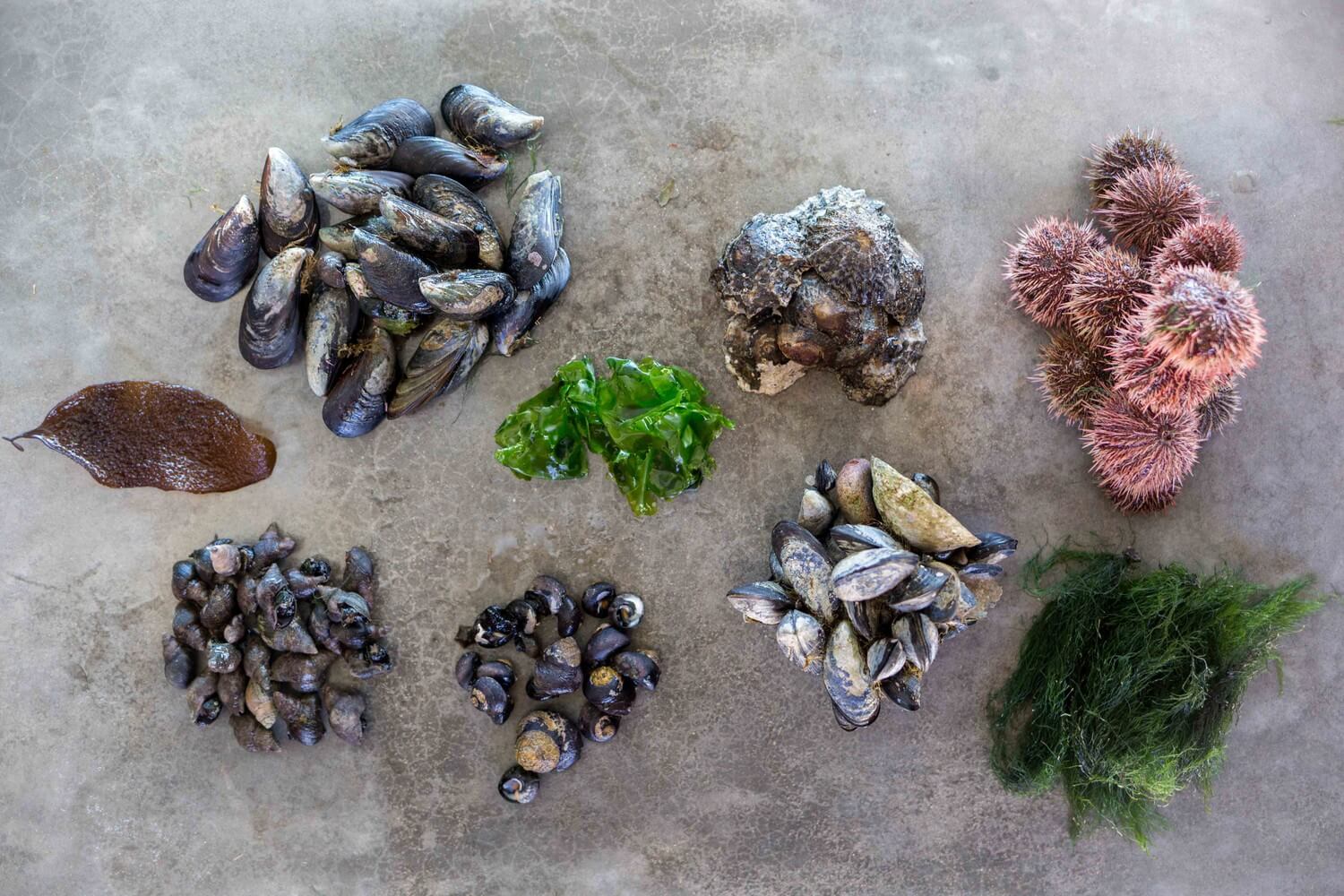 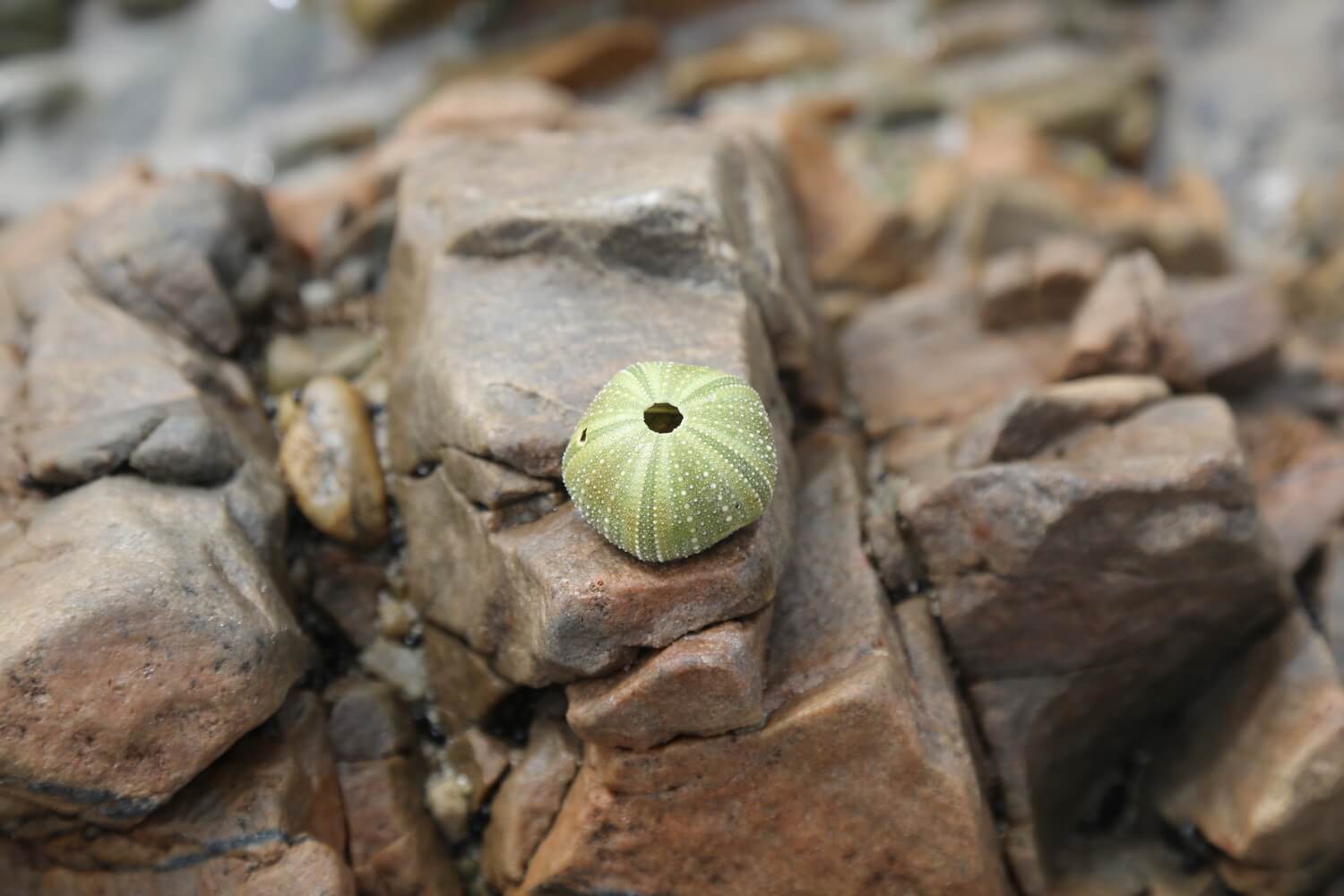 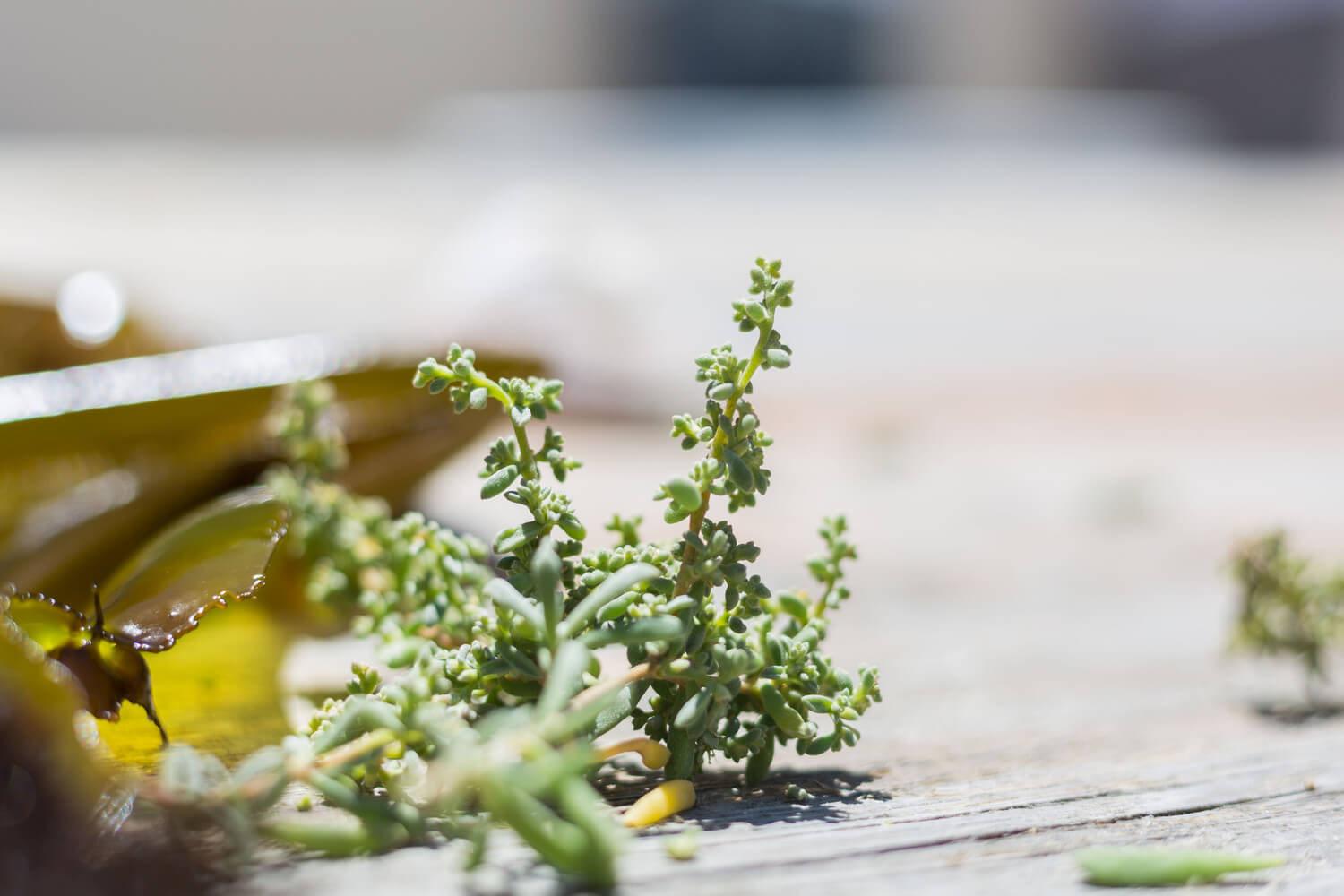 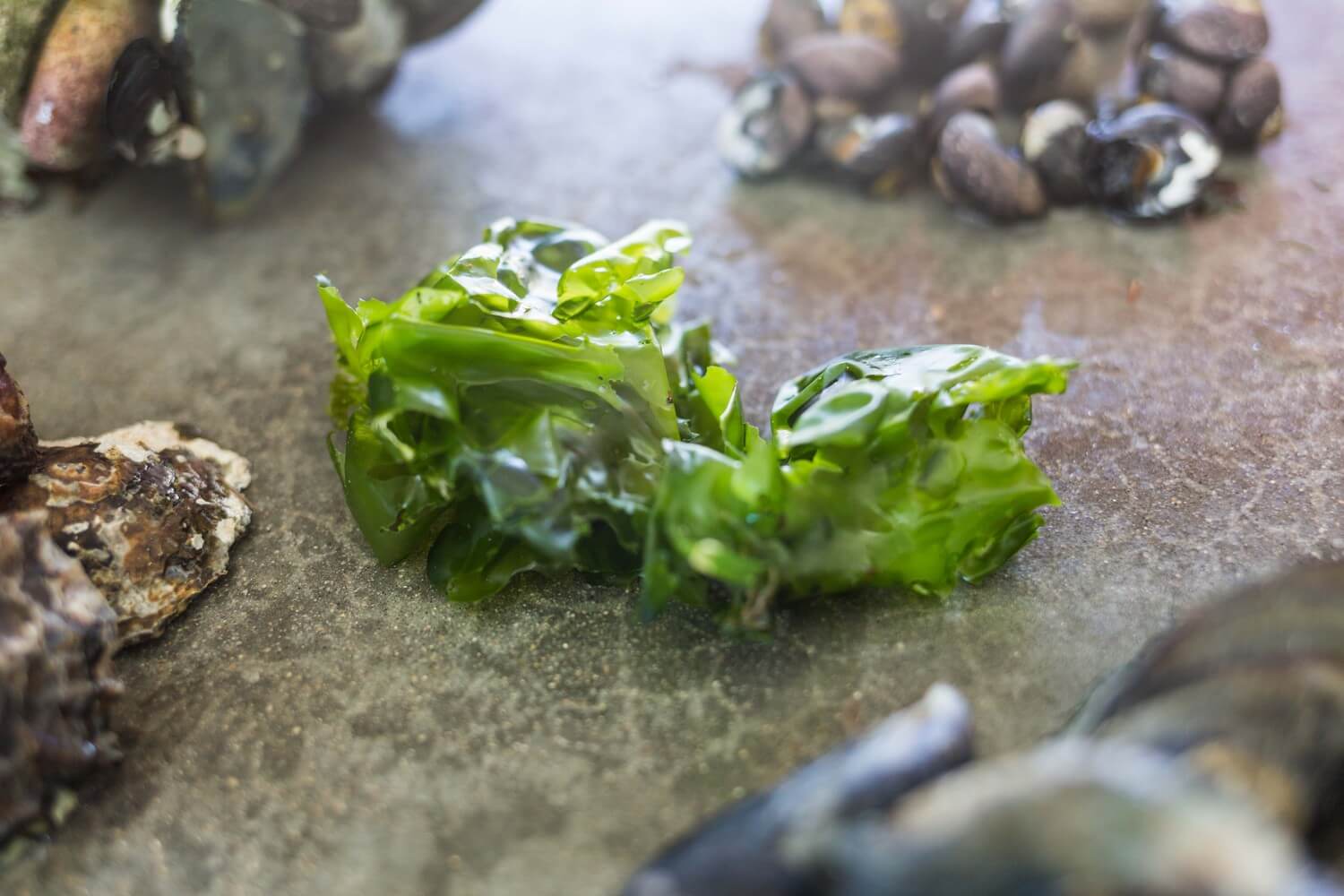